Topic: Cooperation Humboldt: Building a Solidarity Economy on the North Coast. Exploring concrete strategies to prove we can survive and thrive w/o exploiting or oppressing anyone, w/o allowing anyone to exploit or oppress us, and doing so in an ecologically sustainable manner.

David Cobb is a “people’s lawyer” who has sued corporate polluters, lobbied elected officials, run for political office himself, and been arrested for non-violent civil disobedience. He believes we must provoke—and win– a peaceful revolution if we are to survive.David was born in rural Texas and worked as a laborer before going to college and then ​Law School. He maintained a successful law practice in Houston for almost a decade before devoting himself to full-time social change efforts.

In 2002 David ran for Attorney General of Texas, pledging to use the office to revoke the charters of corporations that repeatedly violate health, safety and environmental laws.  In 2004, he ran for President of the United States on the Green Party ticket and forced a recount in Ohio that helped launch the Election Integrity movement.

In 2010 he co-founded Move To Amend, a campaign for a constitutional amendment to abolish the illegitimate, court-created doctrines of “corporate constitutional rights” and “money equals speech.” In 2016 he served as the Campaign Manager for Jill Stein’s presidential campaign.s 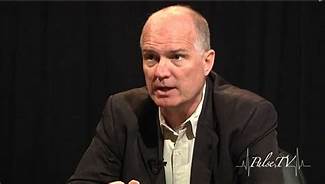 ‹ ›
Sponsored by Most Liked Tees