Ecuador President Will Handover Assange to British During London Visit

After 6 six years of arbitrary detention in the basement of the Ecuadorian Embassy in Belgravia, London, the world’s longest slow-motion chase may be reaching its climatic conclusion.

It appears that Ecuador has caved into US pressure on the issue. When they first gave asylum to Assange in 2012, his stock was high among the international liberal intelligensia, and so then President Rafael Correa was able to use this as a public relations brace against western pressure on the issue. Unfortunately, the 2016 US Election changed all that, as Assange and Wikileaks were blamed for hurting Hillary Clinton’s run for the White House. Instead Assange is now shunned by the Liberal Left and embraced by supporters of Trump and Russia – two reasons why the current Ecuadorian government appear ready to wash their hands of Assange’s cause.

Another sign that the US forces are pushing events is last week’s announcement that an Ecuadorian court ordered the arrest of Assange’s main ally former President  Correa – leaving Assange more isolated than ever.

According to reports, events could accelerate as soon as this Monday morning.

Ecuadorian President Lenin Moreno is either about to strike or has already struck an agreement with British authorities on withdrawing the asylum protection of WikiLeaks founder Julian Assange, Glenn Greenwald reports.

Moreno is visiting the UK as part of his European trip between July 22 and 28. His visit is not said to be an official one, so he is not expected to meet with any high-ranking UK officials and would instead participate in the Global Disability Summit on July 24, which is co-hosted by the UK government.

However, the Ecuadorian leader is also expected to use his trip to the British Isles to “finalize an agreement under which Ecuador will withdraw its asylum protection of Julian Assange,” according to the Intercept’s co-editor, Glenn Greenwald, who is best known for a series of reports detailing the US surveillance programs based on the documents leaked by Edward Snowden. Greenwald also supported and defended Wikileaks, as well as the whistleblowers who provided materials for the website, for many years.

Moreno is “close to finalizing, if he has not already finalized,” the agreement, Greenwald writes, citing an unnamed “source close to the Ecuadorian Foreign Ministry and the President’s office.” Under this agreement, the WikiLeaks founder could be ejected from the Ecuadorian Embassy and handed over to the UK authorities “as early as this week,”Greenwald says. 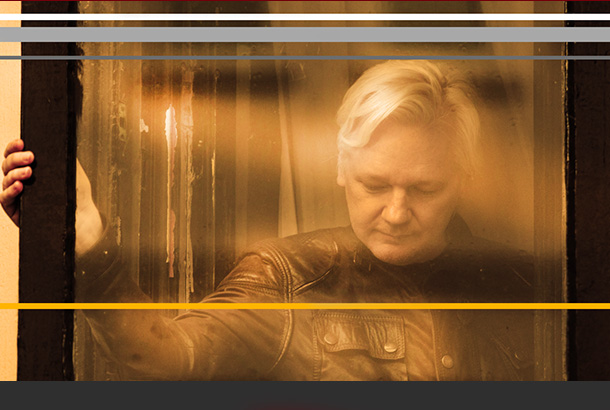