It was a party. Earlier this month, Vasco da Gama, one of Rio de Janeiro’s oldest soccer teams, was getting ready to square off against Universidad de Chile for a match in the annual South American championship, the Copa Libertadores. Outside Vasco’s stadium, journalist Bruna Dealtry spoke into a television camera from amid a crowd of rowdy fans. Dealtry, 31, was working for cable sports channel Esporte Interativo. Suddenly, as she waded through the throngs, a Vasco fan caught Dealtry off guard and, without her permission, kissed her on the lips.

“It was the first time something like that happened to me in person,” said Dealtry. “It was the last straw.” Broadcasted live, the assault disgusted Dealtry and her female colleagues. It wasn’t, however, the first time something like this has happened: More than two-thirds of female Brazilian journalists say they’ve been sexually harassed on the job, according to a survey conducted by digital magazine Género & Número and Brazil’s Investigative Journalism Association. The survey also found that more than four in five women report being discriminated against in the workplace because of their gender. (A recent Pew Center study found that 42 percent of women reported being personally discriminated against in the workplace.) For those covering the high-testosterone world of sports, sexism can be even more intense. It was time to do something.

With support from her colleagues and boss, Dealtry wrote about the episode on social networks and, encouraged by the positive reception, started brainstorming with female colleagues from Esporte Interativo: “We can do more.” Last Sunday, 50 female journalists from the country’s largest news outlets released a video manifesto against harassment and gender discrimination in the stadiums, streets, and newsrooms of Brazil. They used the hashtag #DeixaElaTrabalhar — #LerHerWork. By Tuesday morning, the video had been played over 871,000 times on Facebook and 734,000 times on Twitter. It was broadcasted on every national TV network in Brazil and on cable channels SporTv, ESPN, Fox, and Esporte Interativo. Celebrities showed their support by sharing the video widely.

“We had to scream at the top of our lungs to make it clear that this isn’t about one or two women,” said ESPN journalist Gabriela Moreira, one of the video’s writers. “It’s about every woman working in sports journalism.” For over 40 minutes during live coverage of the 2015 Brazil Cup soccer championships, Moreira had to listen to dozens of soccer fans call her a “slut” and chant that they were going to “suck her off.” “I didn’t blink, I didn’t look away,” she wrote later that same day. “You need to be strong to hear what I heard, but not to say what they said.” 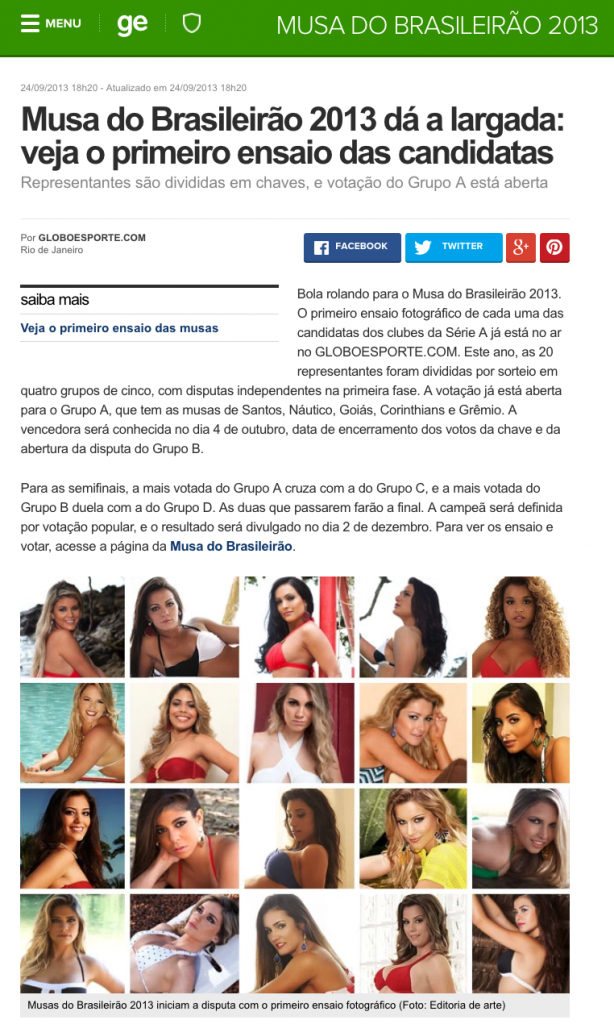