Violence in Homes May Be an Indicator of Future Public Violence

The knee-jerk response of media to mass shootings in the United States is to question whether the perpetrator is Middle Eastern, or insane. But lost in this deadline-driven journalistic template, and the outcry over the accessibility of assault weapons in society, is the correlation between “private” domestic violence and public violence involving guns.

Soraya Chemaly, director of the Women’s Media Center Speech Project and organizer of the Safety and Free Speech Coalition, told CounterSpin’s Janine Jackson that there is domestic violence in the backgrounds shooters at “Sandy Hook, the Sydney shootings, . . . the Colorado abortion clinic attack . . .”

Chemaly’s remarks were first aired on the June 17, 2016, episode of CounterSpin, just after the June 12, 2016 massacre at the Pulse nightclub in Orlando, FL., in which Omar Mateen, a 29-year-old security guard, killed 49 people and wounded 58 others. The interview was re-aired for the November 10, 2017 show, and the web site provided “a lightly edited transcript of the rebroadcast.”

“I think it’s 57 percent of mass killings start in acts of intimate partner violence or family violence, whether it’s sons killing parents and siblings or fathers killing entire families or ex-spouses attacking intimates. They leap from that to hearing, instead, all domestic abusers are going to be mass killers, which is obviously just kind of a breakdown in logic.

“But I think that as a society, we’re trying to figure out why this is happening, how can we prevent it from happening. And very clearly one thing we have to do, otherwise I really do believe efforts will fail.

“And in this [Orlando] shooting, you know, we really don’t know enough about the man as an individual in terms of sexual shame or sexual practices, but we do know is that he was extremely abusive to his first wife. He treated her like a piece of property. He held her hostage, he violently assaulted her and he thought that was his right. And in point of fact he wasn’t really challenged in that ultimately because, while she was removed from the home by her family, the family, for a wide variety of reasons, as families often do, don’t want to criminalize the person,” she said.

—> | Violence in Homes May Be an Indicator of Future Public Violence

Source: Project Censored | Violence in Homes May Be an Indicator of Future Public Violence 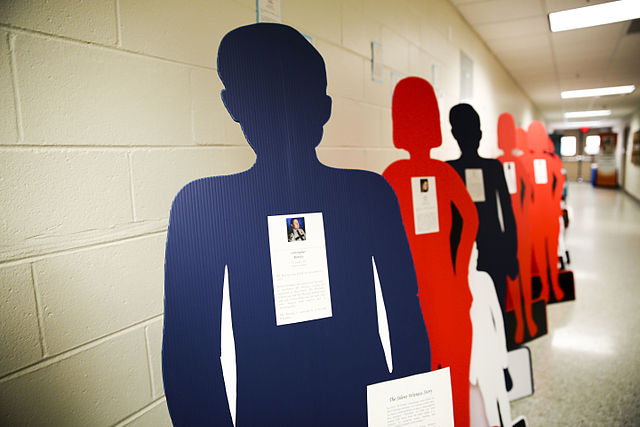